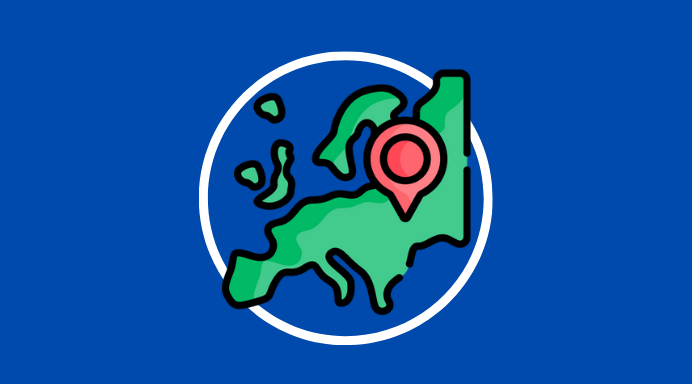 The average European invests 30% of their money in the stock market. However, there are significant differences between how different countries save and how many people in each country invest.

For example, most Cypriots and Greeks save their money in the bank, whereas Estonians and Swedes put their money to work in the stock market. The Danes and Dutch invest their money through pensions, while Germans prefer investment funds over single shares.

Even though the stock market has delivered healthy profits in the past decade, most Europeans still do not invest in their savings. Property remains Europe’s favourite investment choice, with savings going into bricks and mortar rather than shares and investment funds.

How many retail investors are there in Europe?

Which country in Europe has the highest number of retail investors?

Sweden had the highest number of investors with direct holdings of shares (26%), followed by Ireland (19%) and Denmark (16%). Romania and Bulgaria had the lowest percentage of stock market participants, followed by Latvia and Greece (all less than 1% of the population).

How many Europeans invest in mutual funds and ETFs?

How much money do European investors have in the stock market?

At the end of 2021, households in the European Union directly held a combined EUR 10,960.37 billion in public stock and funds, excluding indirect holdings such as pensions and similarly. On average, a European household holds 33% of their total financial assets in stocks and investment funds.

Europe vs the US in investor numbers

According to a survey by Gallup, 58% of Americans directly or indirectly (through their pension or life insurance) invested in the stock market at the beginning of 2022. A similar study by the US Federal Reserve showed that the number of American households owning stocks was 52%. However, only 15.2% of US families own shares directly outside their tax-deferred accounts.

Europe vs Australia in investor numbers

The Australian Securities Exchange’s (ASX) Investor Study 2020 found that 35% of Australians held publicly traded stock directly, outside their pension funds. This number has declined from 44% in 2004. Most Australians hold stock indirectly through their superannuation (pension) funds.

How many Germans invest in cryptocurrencies?

According to a survey released by the European Central Bank in 2021, 9% of Germans invest in crypto-assets. According to an analysis published by the cryptocurrency exchange KuCoin, however, around 16% of German people aged 18 to 60 have invested in digital assets.

The UK’s tax-free Individual Savings Account (ISA) is the most popular investment vehicle in the country. It can be used to gauge retail investor interest. According to the HMRC, there were 12.21 million Adult ISA accounts in 2021, down from 13 million in 2019 to 2020.

However, only 3.59 million of these accounts were Stock and Shares ISAs, the account type used to invest in the public stock market. This suggests that only 5.7% of the UK’s population of 62 million were active retail investors in 2021.

How many retail investors are there in the UK?

The number of ISA accounts suggests that 5.7% of the UK’s population are retail investors. According to a Mori poll conducted in 2002, 22% of UK adults owned shares, but 12% were private stocks. A similar survey by the Department of Work and Pensions found that 20% of UK households owned shares in 2014/2015. However, the majority of these may also have been private company stock.

In a small survey in 2016, the Department for Business, Innovation and Skills found that 20% of the UK held UK shares directly or through ISAs/SIPPs, equivalent to 12 million individual investors. However, only 13% of all surveyed adults owned shares in public UK companies.

In the period 2018 to 2021, the Autorité des Marchés Financiers (AMF) stated that there were almost 3.3 million unique retail investors in France, accounting for around 4.75% of the population. During this time, 2,964 thousand French investors traded equities, 385 thousand exchange-traded funds (ETFs), and 302 thousand traded bonds.

How the French invest

1.9 million Dutch households, equal to approximately 4.07 million people, invested in the stock market in 2021, not including indirect investments such as pension funds. This is an increase of 12% compared to 2020 when around 1.4 million households invested.

From the year-end of 2018 to 2021, Dutch households’ investments increased by EUR 58 (46.1%) billion to over EUR 185.4 billion, according to the De Nederlandsche Bank (DNB), the central bank of the Netherlands. The increase was mainly driven by capital gains from new heights in the market. However, Dutch households also invested more, buying things worth 4.1 billion euros.

According to AFM, most new Dutch investors are investing independently. The Dutch invest in bonds, shares, and funds, but increasingly also cryptocurrencies. The growing interest in investing among private individuals coincides with the growing accessibility of investing and zero-interest rates on bank savings.

How the Dutch invest

There were 830,000 unique Belgian retail investors in 2021, measured by the number of securities accounts, according to Belgium’s Financial Services and Markets Authority (FSMA). This represents 7.17% of Belgium’s population investing in equities and other financial instruments. The number of new investors at the beginning of 2021 was 50% higher than at the beginning of 2019.

Belgian retail investors carried out 29.825 million transactions, around 9.941 million trades per year or 27,238 transactions each day, during the period from January 2018 and March 2021. Approximately 550,000 Belgians traded single shares. On average, each Belgian investor traded in nine different instruments.

Why don’t more Europeans invest in the stock market?

Europeans own a significant amount of their wealth in equities, funds, and other investments. However, only a small number of Europeans actually invest their money. For example, while 30% of European household financial wealth was in equity and investment funds in 2021, this does not imply that 30% of all households invested in them.

There are various reasons for this. The primary reluctance to invest is due to a fear of losing money. This fear is not unjustified, as the stock market can be volatile, unpredictable, and difficult to navigate. 67% of non-investors cite the risk of high losses as their main deterrent for not investing, according to a study from the Frankfurt School of Finance and Management and the Goethe University Frankfurt.

Other reasons for not investing cited include a lack of understanding about how to invest (65%), lack of trust in the stock market (64%), fear of fraud (62%), and fear of a stock market crash (61%), according to the same study. In a similar study performed by the Dutch Financial Markets Authority (AFM), Dutch non-investor respondents said that investing was too risky or lacked the knowledge or interest to invest.

The structural bias towards bank savings and property

Although real returns on cash savings have been negative for over a decade, most Europeans continue to keep all of their money in bank deposits, insurance products, and home ownership. The former is often considered safe because it is protected from losses by the government up to a certain amount.

The current system with state-backed insurance for bank deposits strongly favours savings in bank deposits over investments in publicly traded companies. Property, the second most popular asset class in Europe, also receives various forms of state support through tax exemptions and subsidies. This bias towards bank savings and property results in a lack of incentive to invest in the real economy through the stock market.

How much did Europeans lose by staying in cash?

EFAMA estimates that European Union households have lost out on 1.2 trillion Euros by not investing in the stock market from 2008 to 2019. This is based on the assumption that they decided to invest 50% more of their cash in equity and bond funds, which returned a net of 4.6% per year during the period compared to 0.2% on bank deposits.

Citizens of welfare states, such as Denmark, Sweden, and the Netherlands, tend to invest a larger portion (through direct or indirect ownership) of their financial assets than citizens of non-welfare states. A possible reason is that the welfare state provides a wide social net that reduces the inclination to save cash in the bank for unexpected life events, health care needs, or children’s education.

The chart below illustrates that the share of capital market instruments held by households tends to be lower in those countries which have been able to provide a relatively high public pension compared to final salary.

Wealth in Europe per country

According to Credit Suisse, Luxembourg had the world’s highest median wealth per adult, followed by Iceland, Belgium, Denmark, Switzerland, and the Netherlands. Denmark’s Nationalbank, the central bank of Denmark, reached a slightly different conclusion in its 2021 report on household wealth in the European Union, with Denmark taking the top spot, followed by the Netherlands, Sweden, Luxembourg and Belgium.

Disclaimer: EuroNerd is a reader-funded site with strong editorial integrity. We may receive compensation from the advertisers listed above so that we can provide in-depth research and accurate information without having a subscription fee to access. Information provided on EuroNerd.com is for educational and entertainment purposes only. We do not offer financial advice, investment advice, tax advice, or legal advice. You should not interpret the content on our website as an offer to buy or sell particular securities, goods, services, or investments. Your financial situation is unique, and the products and strategies we review and mention may not be appropriate for you. Although we strive to keep all content updated, performance, fees, and rates listed here may have changed since the time of publication. Please keep in mind that past performance is not indicative of future results. Investing involves risk, including possible loss of principal.